Probably you’ve all seen photos of Churros before, at least since the existence of Pinterest, but most likely you haven’t gotten around to making them yourselves – at least that was the case with us. Had we only known how easy they are to make, we would’ve made them A LOT earlier. The Spanish delicacy was originally a poor man’s food because the dough is inexpensive and only consists of flour, water and oil. Nowadays, it is a famous fried dish for breakfast in Spain – to us, it’s a little too much to enjoy in the mornings but perfect for an afternoon coffee! We tried the recipe by Just a Taste, only doubled the measurements! Take 10 minutes for preparation, have some deep-fry fun
and dip those churros away! Ready for cinnamon-sugar-goodness? 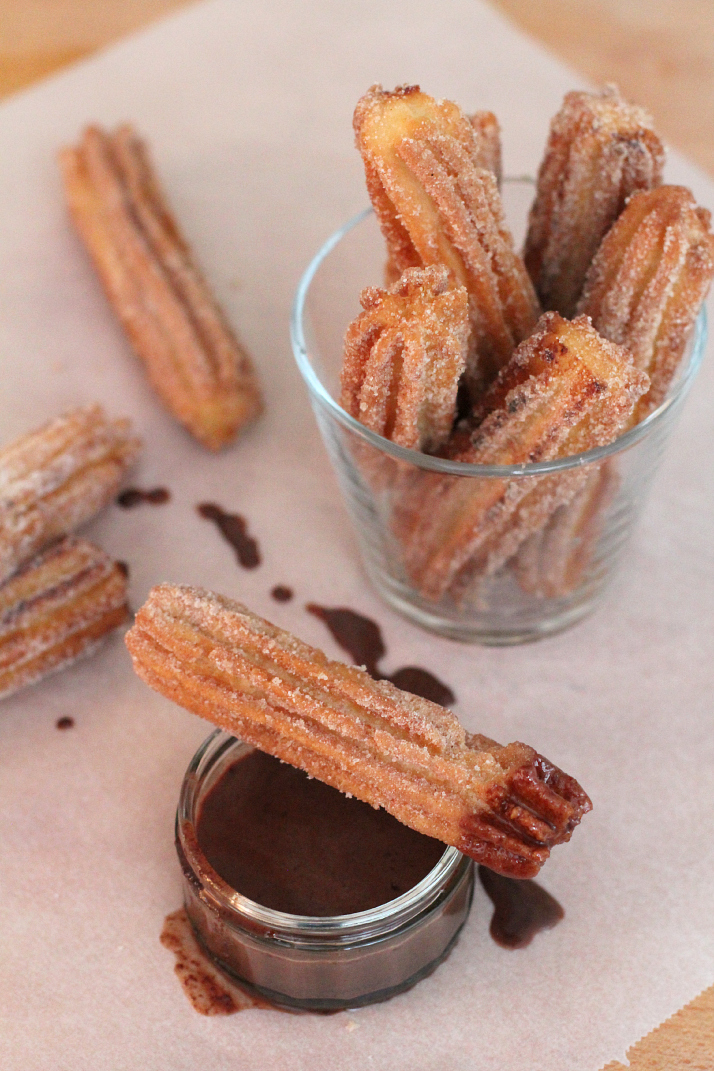 Here’s what you’ll need for you new favorite afternoon snack:

In a small saucepan, mix the water, 4 tablespoons vegetable oil, tablespoons sugar and the salt and bring the mixture to a boil. At the boiling point, turn down the heat and add the flour – stir until you have a firm ball of dough. In the meantime, put the vegetable oil into a pan and heat up until it’s ready for deep-frying the dough – as a test, simply put little pieces of your dough into the oil, and if the dough rises and instantly turns brown, you know you’re ready to go. Then put your dough into a pastry bag with a large star tip and pipe pieces of equal length onto a piece of baking paper – we found it easier and safer to add the dough to the boiling hot oil that way. Deep-fry your churros until they’re equally brown on all sides, then put them onto a piece of kitchen roll to let the fat pull in a little.

While you’re frying the churros, you can already prepare your chocolate dip. Chop the cooking chocolate (the amount totally depends on how chocolaty you want your dip to turn out) and put it into some kind of ceramic bowl. Heat up the heavy cream in a saucepan until it almost boils, then pour it over the chopped chocolate pieces and stir until you have a smooth mass, then let it sit a little.

If your churros have cooled down enough so that you won’t burn your fingers anymore, roll them in a sugar/cinnamon mixture until they’re totally covered. Serve and enjoy – dip dip hooray! 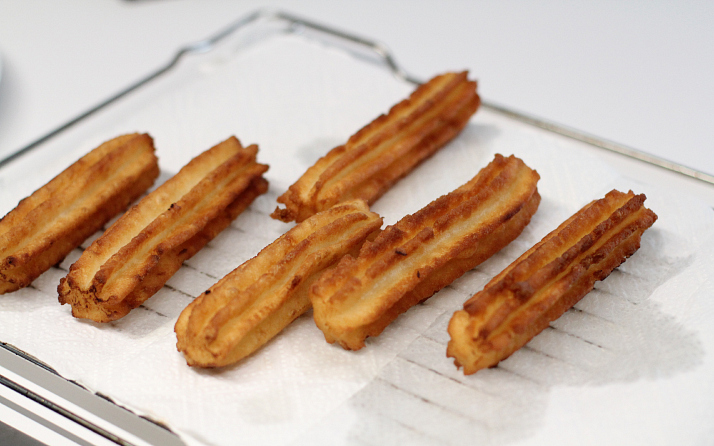 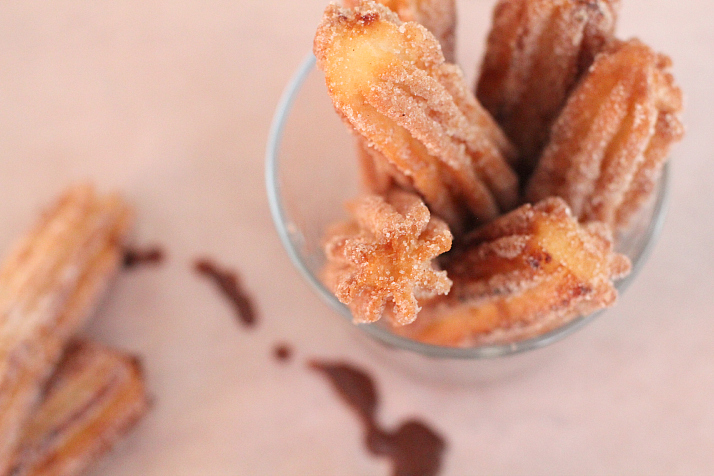 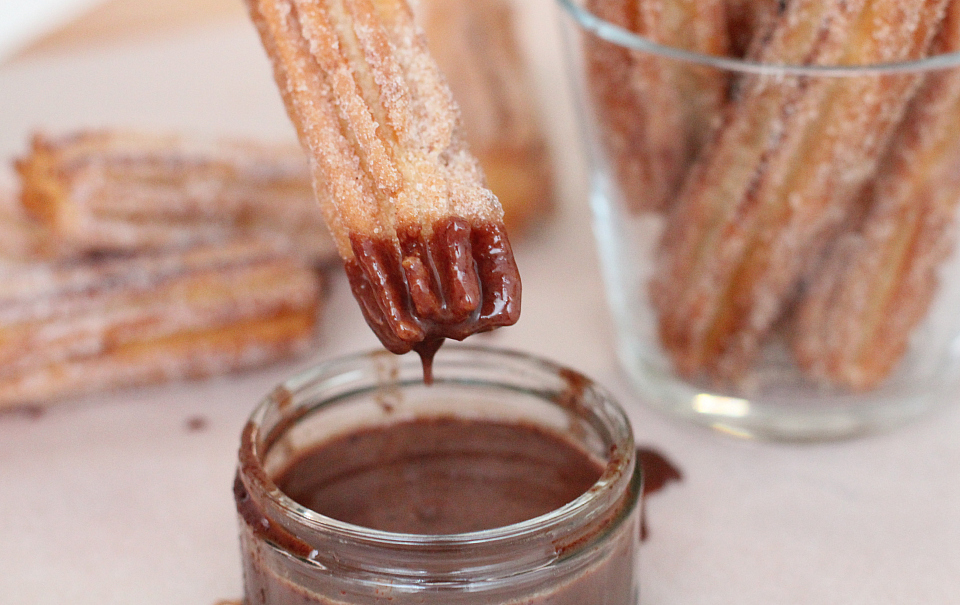